Save Your SearchRefine Search

If there's one lake in central New Hampshire whose origin is mired in historical heartache, it's Lake Winona. This private 148-acre freshwater lake, once inhabited by Native Americans, now houses a small number of residents and visitors who come to enjoy the state's Lakes Tourism Region. Like many of the surrounding lakes, Lake Winona offers a bit of modern tourism, from fishing to boating, alongside a history deeply rooted in a northern paradise. The legend of Lake Winona tells of a young Native American princess named Winona, who spent many evenings on a nearby ledge overlooking the lake, watching the moon rise high into the evening sky. It was during one of these nights she was taken prisoner by a warrior from the nearby Waukewan tribe. After months of being held captive, Winona escaped her enemies by racing across the still-frozen Lake Winona, drowning when the ice broke beneath her. A stone pestle, which was created in honor of the Native Americans who once inhabited the area, now resides at a local bank.

Lake Winona's water is part of a watershed that connects to the state's largest lake, Lake Winnipesaukee. Water exits Winona's southern shore into the Snake River, flowing into Lake Waukewan and then into one of Lake Winnipesaukee's northwestern bays. A dam on Lake Waukewan controls the water levels at Snake River and Lake Winona. Lake Winona has an average depth of 10 feet, a maximum depth of 40 feet, and a shoreline length of three miles.

The New Hampshire Fish & Game Department stocks rainbow trout annually in Lake Winona, while other species, such as smallmouth bass, chain pickerel, perch, and smelt, dart beneath the depths. Motorboats are allowed on the lake, though ski crafts are not allowed.

Despite its diminutive size, Lake Winona residents are allowed to sail, water ski, wakeboard, and tube across the lake's shimmering surface during the warm summer months. The Lake Winona Improvement Association cautions boaters to stay 150 feet away from shore and other boaters, as well as to not overcrowd the lake with too many skiers and tubers at one time. For a more relaxing jaunt along the lake's shoreline, slip into a canoe or kayak and paddle along with the lake's two small islands, and keep a keen eye out for loon nesting areas. During winter, bundle up for a bit of ice fishing on the lake.

Contact us for assistance with your NH Lakes Region home search, and be sure to register to save your favorite listings and receive listing updates.

You may also be interested in Squam Lake real estate. 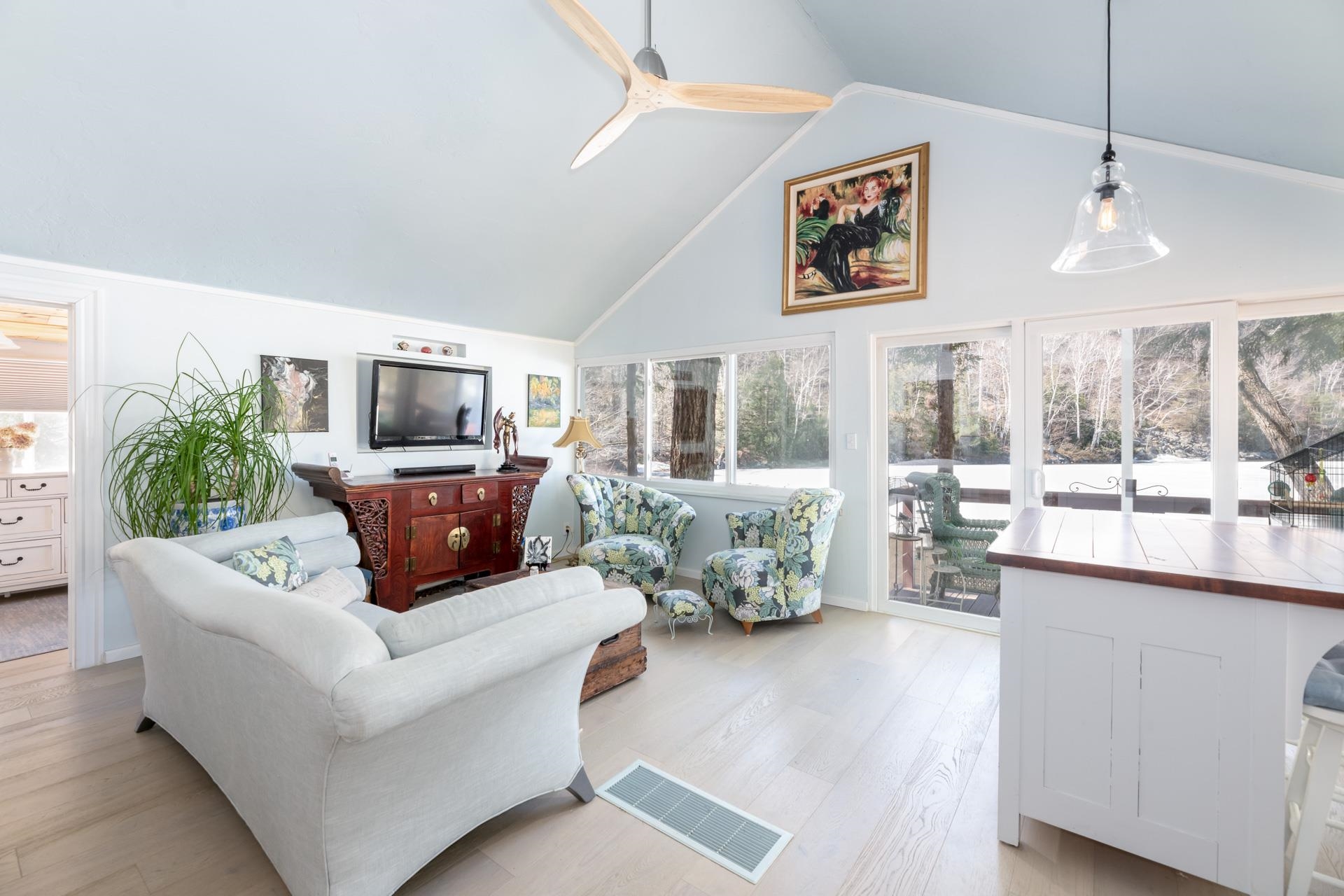 NEW HAMPTON, NH -- Enjoy year-round living in this fully renovated waterfront cottage on beautiful Lake Winona. The current owner completed extensive updates and renovations in 2020 which will allow you to sit back and simply enjoy the lake life at it's best. Improvements include creating an open concept kitchen, living and dining area to capitalize on the beautiful view, the kitchen includes new appliances, Quartz countertops, and farmer's sink, a custom tile bath with step-in shower, White Oak flooring, deck, hot water heater, and improved insulation to name a few. This two bedroom cottage offers a sleeping loft and is nestled within a neighborhood of other cottages. There is a dock for your boating needs and additional storage under the cottage for seasonal items. Lake Winona is a quiet, deep water lake, ideal for fishing and other recreational activities. Parking for 2 vehicles. Short term rentals are not permitted. This property is a fast, ten minute drive to Meredith for all your shopping and dining needs, and just 15 minutes to I-93 for all points N/S. *Showings begin Saturday, April 9 by appointment only, from 10-1, and Sunday April 10 by appointment only from 10-12.

Save FavoriteSchedule TourAsk A QuestionMore Details 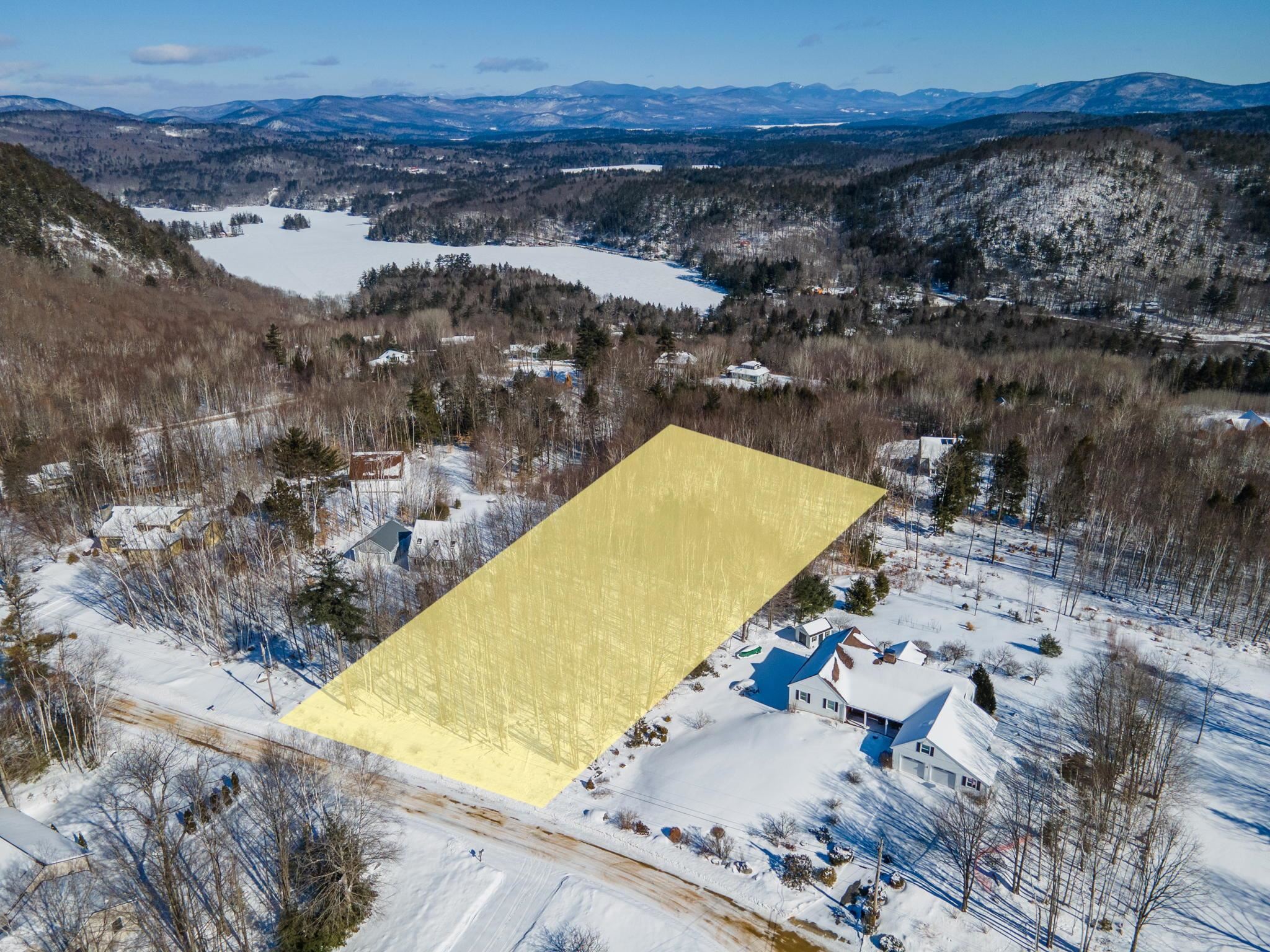 Winona Heights is a beautiful place to live! Come and build your year-round or vacation dream get a way home. A lovely private setting with mountain views and only minutes down to the lake. This lot catches hours of full sun and is loaded with beautiful mature birch trees. A country feel but only minutes to Meredith with great restaurants, shopping and access to multiple lakes. Conveniently located to 1-93 for commuters.

Save FavoriteSchedule TourAsk A QuestionMore Details

Copyright 2022 New England Real Estate Network, Inc. All rights reserved. This information is deemed reliable, but not guaranteed. The data relating to real estate for sale on this web site comes in part from the IDX Program of NEREN. The information being provided is for consumers' personal, non-commercial use and may not be used for any purpose other than to identify prospective properties consumers may be interested in purchasing. Data last updated May 19, 2022.